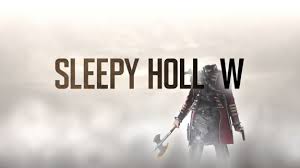 FOX Summary: Ichabod Crane and Detective Abbie Mills battle forces, including the Four Horseman, brought back to life in the town of Sleepy Hollow.

After 250 years in a “dead” slumber, Ichabod Crane (Tom Mison) returns to the town of Sleepy Hollow.  During an interrogation by local authorities, he remembers last working for General George Washington.  He reveals Washington ordered him to kill a man, a mission he accomplished by beheading the target.

Not really knowing what to think, the local police department partners Ichabod with Detective Abbie Mills (Nicole Beharie), hoping the two will work together to solve a series of bizarre events.  After all, Ichabod isn’t the only one to rise from the dead in Sleepy Hollow…

But in order to succeed, the two must first uncover all of the clues left behind by our country’s founding fathers, unlocking a century’s old mystery.

From the writers and producers of Star Trek (2009 and 2013), the series also stars Orlando Jones (the 7 UP guy) and John Cho (Harold from the Harold and Kumar movies).

We’re a day late with this one… Sleepy Hollow actually premiered last night on FOX.  But don’t worry; if you missed the pilot, it will re-air this Friday, September 20th.  Be sure to check the local listings. 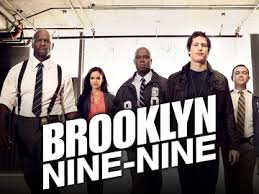 FOX Summary: Jake Peralta, a talented, but carefree police detective, and his eclectic colleagues get a rude awakening when the precinct hires an uptight captain, who’s dead set on turning the poorly functional team into one of the best ones in Brooklyn.

Brooklyn Nine-Nine is something kind of new… at least to my generation… it’s a show about cops (okay, that aspect is not new to TV), only this one is supposed to be funny.  It’s a sitcom, not the average police procedural.  And while this team of detectives will solve crimes, they hope to make us laugh along the way.

The star, Andy Samberg (Saturday Night Live), mentioned in a TV interview that his new comedy has been likened to Barney Miller.  I guess we’ll just have to wait and see.

In addition to Samberg’s Detective Peralta character, the series also stars: Andre Braugher (Glory, City of Angels, Men of a Certain Age) as the new captain; Stephanie Beatriz as Detective Diaz, the tough, smart, and scary one; Joe Lo Truglio (Role Models, Wanderlust) as Detective Boyle, the klutzy one; Melissa Fumero (One Life to Live) as Detective Santiago, the one who’s always trying to prove she’s tough; and Terry Crews (Arrested Development, Idiocracy, the Old Spice Commercials) as Sergeant Jeffords, the one who works hard and takes his job seriously. 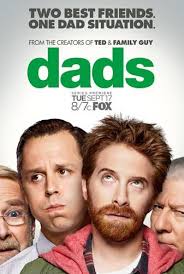 FOX Summary: A pair of well-off business partners, who have been best friends since childhood, are left scouring for whatever space they can get to maintain sanity when their fathers pack up and move into their places, leaving them exasperated.

Warner (Giovanni Ribisi from TV’s My Two Dads, Friends, and many major motion pictures) and Eli (Seth Green from TV’s Buffy the Vampire Slayer and motion pictures, including The Italian Job and Can’t Hardly Wait) run a successful video gaming company.  They’re young, lucrative, and have fun with what they do.  But when their dads decide to move in with them (and in Warner’s case, with his wife, too), their lives are turned upside down.

From the previews, Dads actually does look funny… in a raunchy and sometimes inappropriate humor kind of way.  Not to mention, I feel Giovanni Ribisi does NOT do enough anymore.  I’m excited to see him back on TV.  His character’s dancing to Tiffany’s “I Think We’re Alone Now” was a Ted highlight for me… 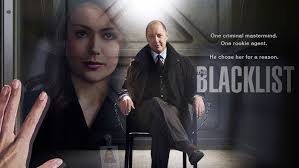 NBC Summary: Ex-government agent Raymond “Red” Reddington has been one of the FBI’s Most Wanted fugitives, though he has decided to mysteriously surrender himself to new FBI profiler, Elizabeth Keen, a woman he seems to have no connections with at all.

First, the “seems to have no connections with at all” tells me that Reddington and Keen will have some connection.  So, I’m expecting that twist at some point down the road…

Known for his brokering deals with terrorists around the world, fugitive “Red” Reddington (James Spader from the ‘80s movies Pretty in Pink, Less Than Zero, and Mannequin, as well as the hit TV series Boston Legal) shocks the FBI when he turns himself in.  In exchange for something, I’m not sure what… maybe a lighter sentence, no death penalty, something… he offers up his “blacklist,” a list of terrorists and criminals that only he knows about.

There’s only one catch—he’ll only work with one woman (Elizabeth Keen, played by Megan Boone from the short-lived Law & Order: Los Angeles).

Now, I remember the a-hole characters Spader played in Pretty in Pink, Less Than Zero, and Mannequin… he was great in those roles.  He was even better as the arrogant, yet intelligent and successful lawyer in Boston Legal… when he wasn’t lassoing in his good buddy, Denny Crane.  But as a straight up bad guy?  I bet Mr. Spader will be beyond good and I can’t wait to see his performance. 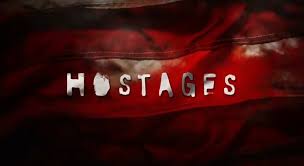 CBS Summary: When a talented and prominent DC surgeon is handpicked to perform an operation on the President of the United States, a rogue FBI agent takes her family hostage and demands that she assassinate the president during surgery.

Ellen Sanders (Toni Collette from The Sixth Sense and The United States of Tara), the surgeon scheduled to operate on the President of the United States, realizes her worst nightmares when her family is taken hostage… by one of the best FBI hostage negotiators in the country, Duncan Carlisle (Dylan McDermott from The Practice, Dark Blue, and American Horror Story).

The negotiation Carlisle is offering Sanders?  Kill the president or her family dies.  But while she loves her family, she refuses to cooperate and challenges her family’s captors… until one of them breaks.

After watching McDermott play a somewhat troubled husband with issues in American Horror Story, a d-bag in The Campaign, and a rogue agent in Olympus Has Fallen, I can’t wait to watch him in Hostages…  he’s really good at playing the creepy, good-looking bad guy.

CBS Summary: A newly sober single mother, trying to get her life back in order and put her past mistakes behind her, is challenged in her attempts to stay positive when her estranged mother, a recovering alcoholic, suddenly reappears in her life.

Christy (Anna Faris from the Scary Movie franchise, Waiting, Just Friends, The House Bunny, etc…) is just trying to get by… but she hasn’t had it easy.  She found herself pregnant as a teenager; she dropped out of high school; she turned to the bottle, of the adult beverage kind; and she’s reminding herself very much of someone she does not want to be—her mother (Allison Janney from The West Wing).

But now Christy is trying to straighten up her life, despite the return of her selfish and crazy mother.  She’s doing her best to ensure her teenage daughter does not continue down the path she did, but it’s proving a lot more difficult than she imagined.  Throw in the fact her “baby daddy” is still hanging around AND her boyfriend appears to be married to another woman, and Christy’s life may not be as easy to clean up and manage as she hoped it would be.

If I had to rank these in order of which one I’m most looking forward to, I’d put Sleepy Hollow at number one.  The Blacklist probably comes in second with Hostages following closely behind at number three.  Fourth, fifth, and sixth (last) places have to go to Mom, Dads, and Brooklyn Nine-Nine.  Each of these sitcoms stars someone I love to watch and laugh along with; however, fresh sitcoms don’t really last these days, so I’m not putting too much stock in any of them until I’ve seen a few episodes…