This week Amber West and I dive back into the world of science fiction on Why It’s Worth a Watch Wednesday, as she updates us on her latest thoughts on Fox’s first season of Terra Nova and I introduce one of SyFy’s new popular series, Being Human. 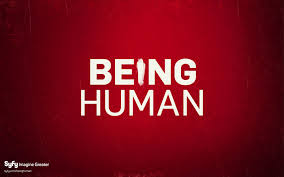 Okay, perhaps it’s not so much of a surprise that Being Human is a big hit; let’s be honest, the supernatural is the new big thing – vampires, werewolves, ghosts, witches, demons, etc.  Men and women alike dream of having some sort of fantastical power or paranormal romantic interest in his or her life.  This isn’t so much a new fad, but the Twilight books and movies (love ‘em or hate ‘em) birthed a new generation of supernatural lovers.

So if we want the supernatural in our life, why be shocked that they want to be like us – be human?  That’s the premise of SyFy’s adaptation of a British hit, Being Human.   The BBC program starts its fourth season (or series for the British folk) this year.

The series follows three supernatural friends living in Boston, wishing they could go back to being human: a vampire, Aiden (Sam Witwer, one may recognize his face/likeness as the lead character in the Star Wars: The Clone Wars); a werewolf, Josh (Sam Huntington, Superman Returns); and a ghost, Sally (Meaghan Roth).

Aiden and Josh work at the hospital, Aiden as a nurse and Josh as an orderly.  One might wonder why a vampire would work in a hospital surrounded by blood all the time, especially when he fights day and night to not feed like a “normal” vampire.  But despite the obvious torture of his career path, he remains faithful to helping those who need him. 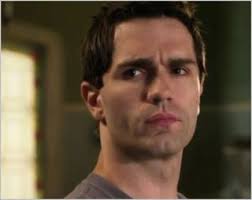 Aiden was turned in the late 1700s during the Revolutionary War, leaving behind a wife and son.  Throughout the years, Aiden remains close to his maker (Bishop, played by the great Mark Pellegrino, also known as the Devil from Supernatural, or Brenda Leigh’s attorney from The Closer), but recently has started to distance himself from him.  This undoubtedly has caused quite a heave-ho type relationship between the two, and makes for some of the best scenes. 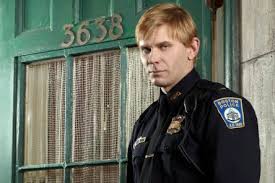 But then again, doesn’t Mark Pellegrino steal the scenes of most everything he does?

Josh doesn’t quite have the same daily struggles as Aiden, but then again a werewolf only turns once a month during a full moon.   However when it is “that time of the month,” Josh panics and does everything in his power to not hurt anyone.  Sometimes he locks himself up in the catacomb-like basement of the hospital, or sometimes he drives out to the woods and roams free (but the latter has proven a bit more dangerous for him on more than one occasion, so one can usually count on his locking himself up). 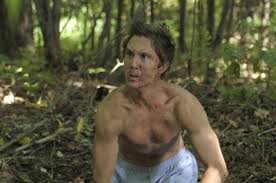 Perhaps a blessing, or perhaps not, Josh meets Nora (Kristen Hager, Aliens Vs Predator) at the hospital and the two begin dating.  Josh shelves his sexual attraction to her for as long as he can, afraid he will hurt Nora.  But he finally gives in to the urge on the eve of a full moon.  This encounter leads to a pregnancy and later a miscarriage, but not before Nora starts to show signs of turning herself.  This makes for a very interesting storyline in season two…

Then there’s Sally, poor little ol’ Sally.  Aiden and Josh meet Sally when they move into the brownstone that she recently died in, or better yet – was murdered in, courtesy of a light shove (or angry, it depends on the point of view) from her fiancé Danny (Gianpaolo Venuta).  After Sally’s death, and for obvious reasons, Danny can no longer live in the couple’s starter home, so he rents it out to Aiden and Josh.

As a ghost, Sally is tied to the house and it takes a bit of time for her to learn the necessary abilities to move through time and space, thus having the freedom to leave the house.  She really battles with the realization that Danny not only killed her, but later begins dating her best friend.  To make matters even worse, Danny hires a medium to perform ghost-ridding-rituals on the house, angering Sally to no end.  Despite being weakened from the mediums chants, Sally still manages to wreak havoc on her ex and empower herself.

But will she ever cross over?

Watching the three supernatural beings strive for everyday normalcy hooked me, maybe not in the first few episodes, but eventually the show definitely drew me in.  So much so, that after our season one DVR marathon, I was tearing up at the thought of anything happening to the characters: like when Josh is forced to fight another werewolf for the vampire council’s amusement; or when Aiden decides to settle the score with his maker and fight until the death.

It is because of this love for the characters that I award Being Human the JFTV rating; it’s like an addiction to Kettle Baked Salt and Vinegar Chips that we just can’t get enough of, and before we know it, we’ve chomped down on every last chip inside the bag.

As soon as the first season ended, I was immediately online to see if Being Human had  been picked up another year.  It was!  Season two premieres Monday, January 16th on SyFy.

What do you think? Do you watch Being Human?  BBC or SyFy?  Which of the characters is your favorite and why?  I’d love to hear from you!

Now click over to Amber’s blog and see if Fox’s Terra Nova has moved up or down the rating scale since her last simmering review.

Come back next week when Amber and I review…. we don’t know yet.  Tricked ya!  We’ll figure something out in time. Don’t worry!